Have you heard of the XinFin hybrid blockchain? Here’s why you should get involved

You’ve heard of Bitcoin and Ethereum, right? That’s all built on blockchain technology, and there’s now a hybrid using the same tech combined with private networks that wants to build the next generation of the global computing network.

The technology itself is called XinFin – short for Exchange Infinite – and it combines both a public blockchain with private networks in order to get the best of both worlds.

XinFin uses something called XinFin Digital Contracts – these are known as XDCs for short – and the system is then recorded by blockchain technology to keep a track of transactions transparently.

All of the benefits you’d expect from normal public blockchain technology are available here, but using it alongside private networks allows for speed and security within enterprises and communities using the hybrid tech.

All members will be able to use the public blockchain tech that’s useful for basic data that needs to be transferred both securely and transparently.

For anything confidential, such as company secrets or financial data, there are also private networks for that extra added layer of security to ensure there are no problems. 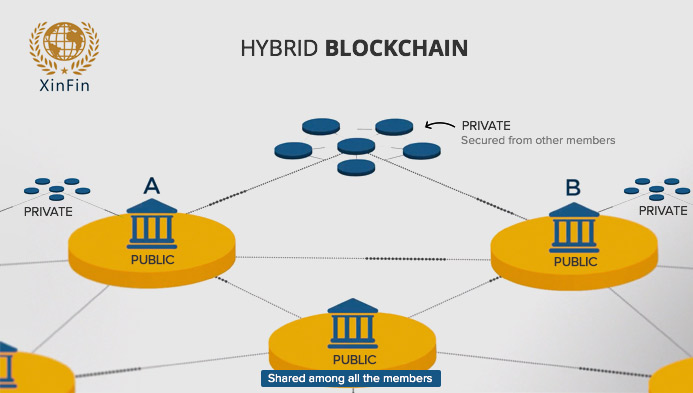 XDC technology can be used for both messaging and confirmation of domestic payments, but it can also be harnessed for approved cross border payments.

This technology is being extended to leading organizational and financial institutions, both for payment and settlement layer for transactions, thereby reducing cost of commerce to a fraction.

Unlike Bitcoin and other technologies that use blockchain tech, there’s no need for mining. Typical blockchain mining processes can be expensive, energy intensive and wasteful of natural resources, so the XDC blockchain has a permissioned consensus mechanism instead.

The aim of this tech is to help solve real-world problems and improve efficiency in a variety of businesses and communities. The tech is already being piloted in projects in a variety of sectors including solar energy, aviation, travel and other financial technologies.

If you’re interested in Distributed Ledger Technology or Blockchain, you should get involved with the XinFin Foundation.

The developer’s ecosystem has already been set up and there are already lots of people hard at work improving the technology and making it a viable alternative for enterprises and communities around the world.

XinFin is looking for like-minded people to help out the platform in a variety of ways by extending the XinFin Hybrid Blockchain and XDC01 protocol to build child chain and various real-world use cases. So, be sure to get involved as soon as possible.

XinFin requests you to take a look at their Technical Whitepaper and requests developers from Community to join onboard. XinFin also encourages developers to explore their Slack and Glitterchat channel and invites them to join the revolution.

THE COPPERBELT UNIVERSITY PARTNERSHIP WITH RIGHLUX.